As CEO at Skipjaq, Rob Harrop leads a team working on the cutting edge of machine-driven performance optimisation. When he’s not thinking about how best to tune the myriad workloads encountered by Skipjaq customers, he’s thinking hard about how to pass the optimisation burden on to machines that learn. Rob is well known as a co-founder of SpringSource, the software company behind the wildly-successful Spring Framework. At SpringSource he was a core contributor to the Spring Framework and led the team that built dm Server (now Eclipse Virgo). Prior to SpringSource, Rob was (at the age of 19) co-founder and CTO at Cake Solutions, a boutique consultancy in Manchester, UK. A respected author, speaker and teacher, Rob writes and talks frequently about large-scale systems, cloud architecture and functional programming. His published works include the highly-popular Spring Framework reference “Pro Spring”.

Simon Marlow is a Software Engineer at Facebook in London. He is working on Haxl, a Haskell-based domain-specific language that is used by the teams fighting spam and malware. Simon is a co-author of the Glasgow Haskell Compiler, author of the book “Parallel and Concurrent Programming in Haskell”, and has a string of research publications in functional programming, language design, compilers, and language implementation.

In this talk I’ll reflect on the key features of the language and its community that has led to all this creative development. Despite the title Haskell may not in the end dominate the world, but there are lots of interesting developments afoot, especially in (a) types and (b) parallelism.  I’ll describe some of them, and speculate a little about the future.

Simon Peyton Jones, MA, MBCS, CEng, graduated from Trinity College Cambridge in 1980. Simon was a key contributor to the design of the now-standard functional language Haskell, and is the lead designer of the widely-used Glasgow Haskell Compiler (GHC). He has written two textbooks about the implementation of functional languages.

After two years in industry, he spent seven years as a lecturer at University College London, and nine years as a professor at Glasgow University before moving to Microsoft Research (Cambridge) in 1998.

His main research interest is in functional programming languages, their implementation, and their application. He has led a succession of research projects focused around the design and implementation of production-quality functional-language systems for both uniprocessors and parallel machines.

More generally, he is interested in language design, rich type systems, software component architectures, compiler technology, code generation, runtime systems, virtual machines, and garbage collection. He is particularly motivated by direct use of principled theory to practical language design and implementation -- that's one reason he loves functional programming so much.

Initially working in real-time graphics and then moving on to video processing, Blake discovered Haskell and functional programming in 2009, and has never looked back. As a freelance developer, he now uses Haskell as his main deve

Friends don't let friends miss out on great events.
Share it, and make the event even better! 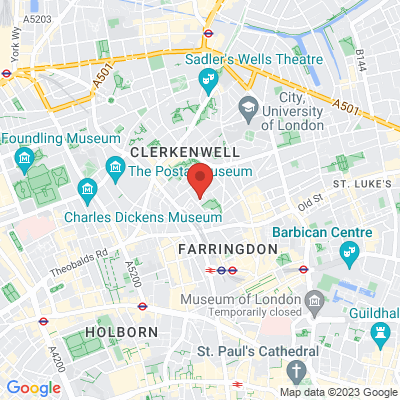 View details, travel and nearby hotels
×